The clock for East Ardougne is broken! Speak to Brother Kojo in the Clock Tower south of East Ardougne to begin the quest. He needs you to find the correct large cogs in a dungeon under the tower and restore them to their correct positions. You can only hold 1 cog at a time. 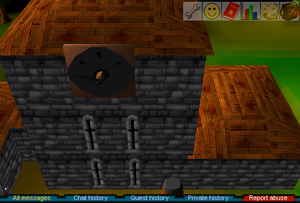 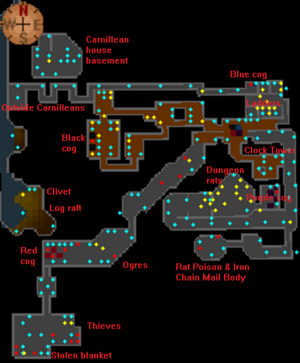 Map of the cellars

Go down the ladder and follow the path until you come to a square with 4 different coloured tiles- each hall way leads to a different cog. You will return here to this area several times. You may do the cogs in any order.

Return to the Tower and place the last large cog on the remaining pole, finally, speak to Brother Kojo for your reward. 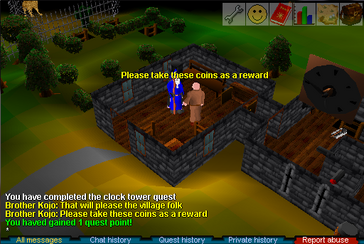