This article is about the quest. For the quest item, see Holy grail.

Getting the Whistle[edit | edit source]

Take Excalibur, the magic whistles, food, armour and a cure poison potion or poison antidote with you.

The location on the minimap to enter the Fisher King Realm 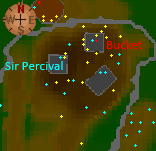 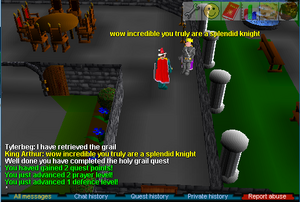