The advertising points of membership over the free to play version are duelling, sound effects, new content (areas, quests, monsters, skills and items), more bank space as well as the removal of advert banners from the top of the game window. 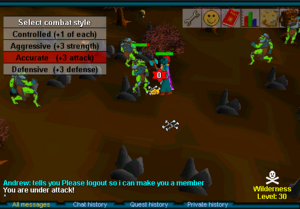