This issue of God letters is copyrighted by Jagex. It is copied verbatim from the RuneScape website.
This update dates to 25 October 2002. 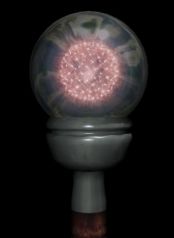 Oh omniscient and powerful Saradomin hear my cry. Your world called Runescape is based on the magical runes. But yet a mage of level 99 can still be beaten by the ones we call "pures". My damage never exceeds 10 for a magical hit and I have heard of a magic guild with new runes in it that will soon be made. Higher level "defense zappers" and such I think will not help the mages battles with the pures.
Oh, how so many of you young mages have begged for a magic guild. I was tempted to let you just conjure one up yourself, but then I thought better of it. So those adventurers who toil on a daily basis will know that a magic guild now exists in the town of Yanille. There you can buy a kind of rune that so-called "pures" could only dream about.
Dear Saradomin,
I know there are a good amount of people who might know this question but I thought I might as well ask. I would like to know what the world of runescape was like when it was first created.


Nick Petit
Ah, a historian I see. Well I almost don't know where to begin. Which is what I said at the time, in fact. But of course it all started with Lumbridge, and the good kingdom of Misthalin. But there was no Al Kharid or Draynor village, and Edgeville was pretty deserted, so people called it Ghost Town.
The world back then was a comparatively good place. People didn't tend to wander around Lumbridge calling each other "noob", because everybody was one. Black knights were the toughest monsters, of which there were three.
The top equipment you could get was adamantite legs, mithril body,adamantite large helmet, adamantite long sword, and iron kite shield. There were no amulets.
Adventurers could, however, sink their teeth into six different quests: the Cook's Assistant, the Restless Ghost, Demon Slayer, Shield of Arrav, Romeo and Juliet and Sheep Shearer.
The main skills were combat, ranged, mining and smithing. Cooking consisted only of cooking meat and bread making. Of course, families have always been divided over the issue of vegetables, and this was literally the case now, with many a warrior dropping dead from scurvy.
Mourning partners were in time told that there were plenty more fish in the sea, but this was of little consolation, as no-one knew how to fish yet. There was also no crafting, and Lumbridge's traditional Sunday afternoon craft fairs were a bit of a let down as a result.
Saradomin,
I believe the world of Runescape would be much better if you added music. You should also have bards to play music as an attack, that would be cool.
Rin Dragon.
Music as an attack? It really would have to be offensively bad. But as for music in the game, that certainly will be coming. For some time now, a great man-minstrel by the name of Ian has been mincing away, to create great scores of majestic sounds that will one day delight your ears. 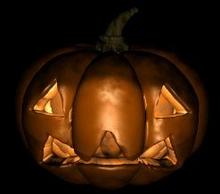 Mighty Saradomin, As I gaze around your beautiful world these days I notice that more and more people are wearing the robes of Zamorak, your dastardly brother. How am I a loyal Saradomin follower meant to show my loyalty to you without a set of robes? Please can you try to introduce robes of Saradomin for all your followers out there.

Behold, such robes exist for all to see! Take yourself to the monastery and speak to the good Abbott Langley who works there. And if you are of sufficient prayer level he will endow you with this most stylish of artefacts. Just don't let him talk you into a haircut. And for those of you who have asked about a "prayer guild", know that you can also pray at their special altar, and have your holy symbols blessed. 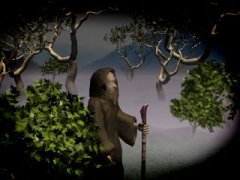 Guild indeed! What are you- god's representative on earth, or some lowly carpenter?

Is it possible to let characters have their own houses? If so, please provide it with locks.
Artes999
Why, what are you planning to do in there? Nothing untoward I hope. Yes, houses will be added to Runescape eventually, but don't start choosing the curtains just yet. I think iron ores should be 100% success or at least more than 50% once I only got 4 iron bars out of 17 iron ores I went mental and smashed my TV to bits. This time I'm not taking Jagex responsible, but next time I might just change my mind.
Anon
Frustrated, he seems. I can't wait until he attempts the Biohazard Quest.
Dear Wise One, Twice in my travels, I have encountered a strange warrior who seemed very knowledgeable in this world. The warrior's name was "Paul" and seemed to be very important. The first meeting of him and I was in south west chapel near Port Sarim. I saw a man dressed in robes supposedly performing the vows of marriage for two people. The second time I witnessed this person was near the Desert at Easter. At this time I said a friendly greeting to him and he responded with a similar greeting, and then disappeared, leaving many Easter Eggs that my travelling partner immediately picked up. Who is this mysterious person and why are they so elusive?
Petros

Yes, the Paul that you speak of is a strange one indeed, who has been known to float around Runescape like some sort of all-powerful jellyfish, squeezing out offerings at certain special times of year. Some of you have even wondered if there might be another deployment of goodies in the near future. I couldn't possibly comment on this of course...

Until next time my friends.

These might be suggestions for Runescape - although the gods do tend to be quite touchy about the evolutionary process. You might like to send questions relating to the history of the game, or queries about the many characters and races that inhabit Runescape. The best letters will be published in the email newsletter.