This issue of God letters is copyrighted by Jagex. It is copied verbatim from the RuneScape website.
This update dates to 2 December 2002. 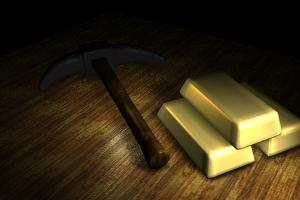 Oh Ancient and Wise one,
Firstly let me congratulate you on the incredible new structure of mining. No longer do I stand bored, hopelessly swinging my pick axe and making my arm and 'finger' ache. The ore is there and it's all mine mine mine. In 42 levels of mining I never saw a gem, now within 2 levels I have found 3. Sapphires sparkle but diamonds are radiant.

The fact that you must rest makes the realism so much greater now. After all, unearthing gems can be tiresome work. I offer a final prayer of hope that this system stays forever.

Verily, it pleases me that you are so pleased. Although I can't promise that there will be no more developments. As my brother Guthix says, nothing lasts forever. Except maybe diamonds. 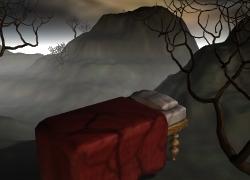 If there are no beds in the wilderness,why do you continue to have the coal rocks? It's a waste of space and its laggy. I once passed through there trying to save myself from getting PK'ed but the lag made me stop and the opponent seems to have continued moving toward me and then killing me. I lost full rune but I saved my r2h. Can you somehow tell Zamorak to make the rocks dissapear[sic]?

Rest assured, there are now beds in the wilderness. They can be found in the dark warriors' castle, in the sapphire house and in the ruined town with the furnace in it. Even PKers need to unwind sometimes.

I would like to know why you took the mithril ore rocks out of the mining guild and dwarven mine. Now the only place I can get mithril ore is in the wild where people insist on killing me.

A good question. The mithril rocks respawn was increased,which meant that they needed to be a long way from a bed to stop them becoming too powerful.

However, under the new hard rock / soft rock system you can expect to see a couple of soft mithril rocks making a return to the miners guild soon.

To the almighty god Saradomin,

On behalf of all the women of Runescape I humbly ask that many of the clothing and armor that is only made for the men, such as chainmail, robes, and aprons, can be converted to fit the female gender.

With woman's robes we won't be at shame when we worship you and are mistaken as a man, we won't hide when presented with chainmail, and we won't shy away from wearing aprons when we cook! Thank-you high and merciful Saradomin. If you grant this wish the women of runescape will never forget. 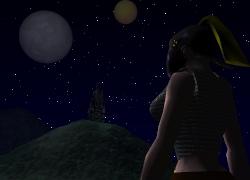 Yes it's true that those unisex outfits do very little for the female form. But a new line in fashion is being crafted even as we speak, and after the update these items will be available to all! Just don't feel obliged to do all the cooking.

To the great Saradomin

In response to the explanation of null in the recent newsletter.....

I always thought null was a character in viewing distance but not yet loaded onto your computers memory.....call me a heretic....but...that would seem to make sense.

How wrong you were! But don't worry, lots of people are ignorant without being heretics. Although strangely enough the mage Andrew doesn't seem to believe me either. In fact he agrees with you, and says "When you first meet someone in the game they will be called 'null' until the server sends the name and appearance of that player to your machine. Don't worry, it doesn't actually affect the gameplay."