This issue of God letters is copyrighted by Jagex. It is copied verbatim from the RuneScape website.
This update dates to 30 January 2003. 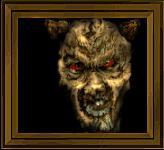 AFTER 8 NEWSLETTERS OF COMMUNICATING WITH HIS PEOPLE, THE GOD SARADOMIN HAS BEEN SHUNTED ASIDE BY HIS EVIL BROTHER ZAMORAK, LORD OF ALL DARKNESS AND GENERALLY UNPLEASANT DEITY. AN AGREEMENT WITH HIS BROTHERS PREVENTS HIM FROM INTERFERING DIRECTLY WITH THE AFFAIRS OF RUNESCAPE, BUT ZAMORAK ISN'T KNOWN AS BEING A GREAT KEEPER OF PROMISES.

Hail, all ye followers of darkness! Cower in terror, all seekers of light. Everyone else can just listen. That self-righteous brother of mine has been hogging the stage for far too long, especially when Runescape players know who holds the real power around here- me!

So I've stolen Saradomin's mailbag and thrown all his letters on the floor. I had to pick them up again in order to read them, but I think I made my point. Some of them were quite good actually- even if most represented the sort of pathetic whining that I would expect from followers of Saradomin.

Us Runescape Veterans are so under-rated. I've been called a noob, yet I've been here since the beginning, and yet when someone asks, when Runescape came out, everyone insists 2000. Yet as soon as I say '98, it's a big laugh. Though in your newsletter, you stated, "Five Ages after creating the world of Runescape, the great god Saradomin now regularly communicates with the inhabitants of this fast evolving planet." Does that prove that Runescape came out in '98?

Clearly not. And if you were truly a "veteran", you would know when Runescape was created. Your friends are right to laugh at you.

But at the same time, you were obviously trying to intimidate others with your pretence[sic] of superior knowledge, and for this you deserve some credit.

In other letters and prayers, Toxy55 asks "where skeletons come from". My advice would be to head down to the wilderness and find out. As Guthix would say, the answers are inside of you.

Ah, how I love the wildy. That place where death and deceit go hand in hand.

For some, this is a problem. Jacob9ruler complains that "it is hard to find someone who doesn't deceive another person in the wilderness, to gain something like an item". 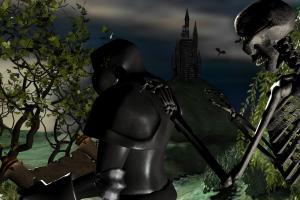 "I found that around 35% of the people I 'Team' with actually end up killing me."

This is what I like to hear! So be warned all naive and foolish types: conducting surveys on the trustworthiness of your friends can leave you vulnerable to attack. But the final word must go to Kenny22, on the subject of Christmas hats.

"I, personally, woke up at 4am eastern standard time to get the hats." (applause).

He then complains about the fact that his friend logged on at 12pm and was also able to find hats.

As god of chaos and evil, I naturally assumed that I was the expert at bringing misery into people's lives. But you, Kenny22, show a level of stinginess that surpasses all other Kennys, a meanness of heart that I thought was unattainable in mere mortals.

Feeling suitably inspired, I must now go and bring some more chaos and destruction to the universe. To all those who have been waiting patiently for me, our moment is nigh!

DISCLAIMER: The views of Zamorak do not reflect the views of Jagex Ltd or it's employees. We'd ban him, but he's a god.

But if you would like to converse with the dastardly one, please send your emails to