The Ardougne Teleport is a teleport spell that sends you to the south end of the zoo in East Ardougne. The Ardougne teleport becomes available to the player after completion of the Plague City quest by reading the Magic scroll. If the player loses this scroll, they can obtain another by talking to Edmond. It requires level 51 Magic to cast, and costs 2 Water-Runes and 2 Law-Runes.

Attempting to cast the spell not having finished the quest or read the scroll will produce the message: 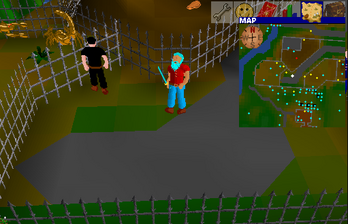