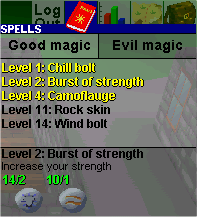 GoodMagic was an early form of magic that existed when RuneScape Classic was first released. It was the antithesis of EvilMagic. GoodMagic was removed from the skill list on 10th May 2001 with the update lots of small improvements. Apart from Camoflauge[sic], the spells continued to exist until the 24th May with the update New magic system online! 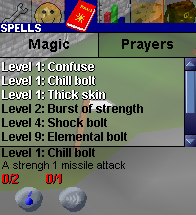 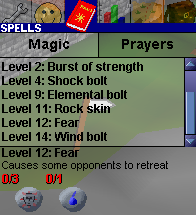 Note numbers in parenthesis would not be shown, they are just a reference in the increase applied.