A Christmas cracker is a discontinued holiday item that was dropped during the 2001 Christmas event on 25 December 2001 - RuneScape's first Christmas event. They are traded for a high price because of their rarity. 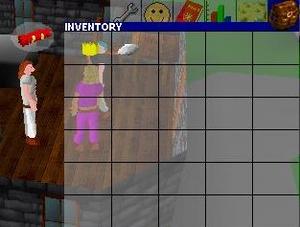 A bubble is visible when the player is pulling a Christmas cracker. 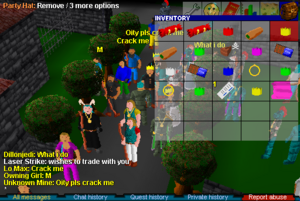 Inventory showing some of the other possible miscellaneous rewards.

(if you get the prize upon pull):

(if the other person gets the prize):

Party Hats come in 6 colours, each with a varied rarity[1]:

In RuneScape 2, the Pink Party Hat was changed to a Purple Party Hat.