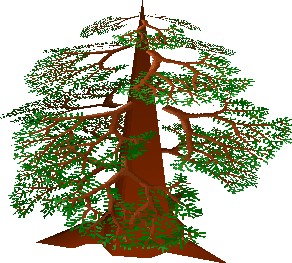 A Yew tree is one of the varieties of tree involved in the Woodcut skill. They require at least a level 60 Woodcut to attempt to cut it, and they will be slow to obtain logs until higher levels. Successfully chopping down a yew tree yields yew logs, which are useful for Fletching.

Yew trees, unlike normal trees, can have more than 1 log taken before it takes 120 seconds to respawn again.