The new wilderness area of runescape is online! This is a huge new area which is part of an improved player-combat system which was first proposed a few months ago. A poll on the website at the time showed the vast majority of players in favour of the new system, so we have now written it. 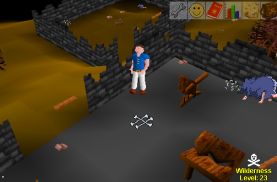 In the improved system player fighting is only allowed in the new wilderness area. The ability to switch between PK and Non-PK will be removed and instead you just go into the dangerous wilderness area if you want to fight other players, or stay within the current map area if you don't. 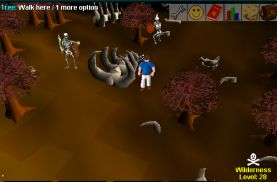 The further you go into the wilderness the more dangerous it becomes, but the more treasure you could find! How much of a risk you want to take is entirely up to you. Some preview screenshots of a couple of wilderness locations are shown to the right.