Update:Why should you upgrade to members version

This official news post is copyrighted by Jagex. It is copied verbatim from the RuneScape website.
This update dates to 21 February 2002.

Upgrading your character to member status costs just $5/month or $45 for an entire year. If after trying members RuneScape you decide it's not for you, you can simply switch back to freeplay RuneScape. Of course if you do this any members-only items or skills will be disabled, but they will NOT be removed. This means if you subsequently decide to resume your membership the members items and skills you gained before will start working again.

Heres a few details of what you can expect in Members version.

Herblore: The herblore skill allows you to mix a variety of potions, poisons and antidotes. Everything from super-attack potions to poison to put on the tips of your arrows.
Duelling: Duelling allows two players to agree to a fight outside the wilderness. Either for an agreed prize, or just for fun. In addition to agreeing on the stake you can optionally select other options such as: no-retreating, no-prayers, no-magic or even no-weapons!

More fishing: Higher level fish to catch. Do you think you've got what it takes to catch a shark? Or perhaps you'll get lucky and net yourself a surprise treasure chest.

Double size bank: Twice as much bank space to store your items in, and what with all the new members items and features your going to need it!

As well as all the new herbs and potions you can make we've introduce a new range of weapons. Including the dragonstone amulet, the dragon-sword and the dragon-axe. 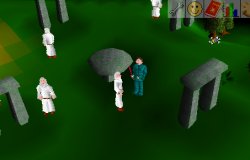 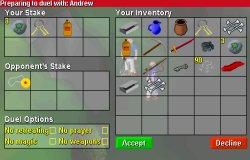 Druidic Ritual: Before you can start using the herblore skills you must help the druids complete their ritual.

Lost City: Rumour has it that there is a hidden city under the swamp, can you find out how to get in? The fairy market inside apparently has some (literally) out-of-this-world deals!

Witches house: A boy asks you to fetch his ball from behind a small house... This apparently simple task turns out to be much more difficult than expected when you realise the house in question is owned by a particularly crazy witch...

Hero's quest: Prove yourself as a hero by completing this difficult quest! Only once you have completed the multiple challenges given to you, can you enter the hero's guild to buy the new Dragon-axe.

Merlin's crystal: Merlin has been imprisoned inside a giant crystal. Free him and become one of the knight's of the round table. 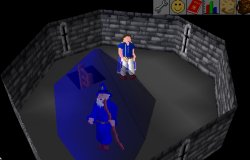 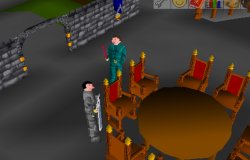 Quest locations: We've added a variety of new locations and scenes which as well as providing settings for the new quests are also exciting places to explore and train. These include: Zanaris underground city, Entrana island, Arthur's castle, Fort Grymwold.

New towns and villages: Lots of new towns including the pirate town of Brimhaven, Catherby village, and the town of Taverley

HUGE members dungeon: By far the biggest dungeon in RuneScape, this colossal labyrinth of passageways and caverns becomes more and more dangerous the further down you go making it the ultimate place to try your combat skills. Includes lots of new powerful monsters and scenary.

New guilds: The crafting guild is a great place to practice your crafting skills, and is available to players with 40 crafting or higher. The hero's guild is similar to the champions guild except even harder to enter, and so only available to the most elite RuneScape players. 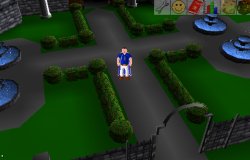 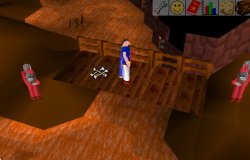 New Monsters! If the poison scorpions don't get you, then perhaps the level-200 black dragon will! We've added 19 new monsters, and there's something for everyone. As well as new super-strong monsters, there's lots of new opponents for lower level players too. 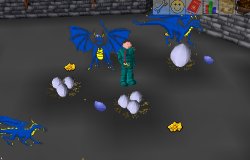 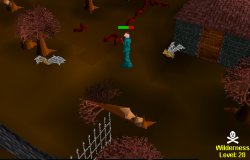 Plus In addition to loads of great new features in the game, members also benefit from

As a member you will be helping fund further RuneScape developments and features. In return we intend to add even more features and upgrades to the members-area as fast as we can!

Planned member improvements in the near future include a fletching skill (make a variety of bows and arrows), and the option to purchase, furnish, and improve your own house in the game! 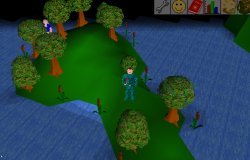 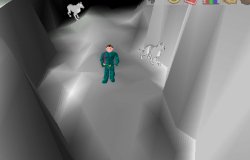