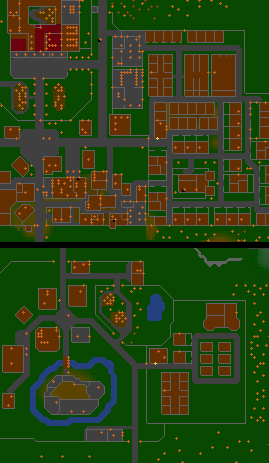 Estate agent signs marked with a yellow plus7575

It may not accurately reflect the last version of RS Classic.
This article is about the signs that used to hang outside the estate agent offices in early 2001. For other signs, see Sign.

These signs used to hang outside the hangs outside the estate agent offices of the Player owned houses in early 2001. They were tantalizingly close, able to be seen and examined by players right by the locked gates. They were a teaser of content that would never come to RuneScape Classic.

There were 2 estate agent signs in RuneScape, both removed on 26 July 2001 alongside the rest of the player owned houses.