This article is about the forums on the RuneScape website, not the wiki-based forum Maple Grove.

These are the forum sections that discuss RuneScape Classic on the official RuneScape website. Prior to 10 August 2018, they could be found in the RS Classic subforum block.

These are the old Classic forums. These forum sections no longer exist.

On 20 November 2007, Jagex closed the RSC forums section to non-RSC players. Before closing the RSC forums, there was a dedicated thread posted, where players could post if they wanted to keep access to that forum section. A similar thread was later made a sticky. The RSC forums were opened to all players again in 2009. 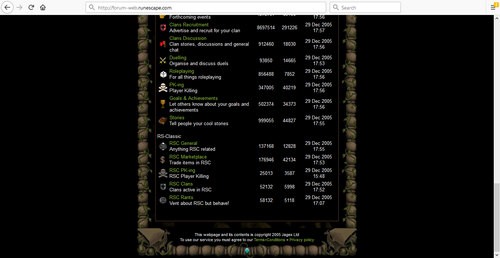 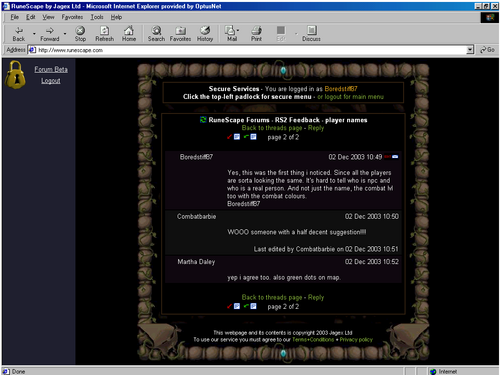 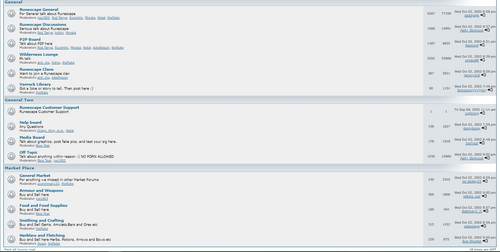 Unofficial hosted forums (2002) in scaperboards, since Runescape-hosted ones had been shutdown mid november 2001 due to abuse 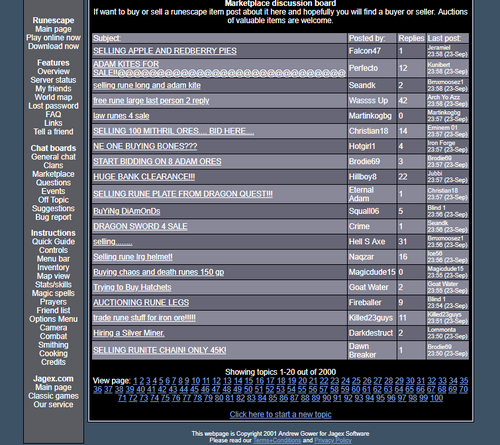