This article is about numerous cosmetic and quest scenery rocks, for other types of rocks, please see Rock

A rock or rocks are decorative scenery which can be found all over Gielinor. Rocks which have been mined and are temporarily empty can be referred to as rocks. There are others that can be found which never contain any ore. These are usually called empty rocks.

Rocks in the Underground Pass can be mined for the item rocks, which is used in the quest.

Some rock locations include:

"You start climbing the rocky elevation.
You slip a little and tumble the rest of the way down the slope."

"You find nothing of interest." (players unable to get Volencia Moss)
"Small amounts of herb moss are growing at the base of this rock" (player finding Volencia Moss, drops on the rock)

Rocks are featured heavily during Underground Pass quest. They are traversed by mining, climbing and swinging over them with a rope. Some of the rocks contain writings on Iban, which have been "scratched into the rocks by bare hands". 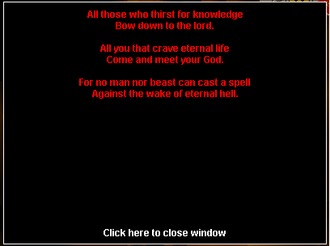 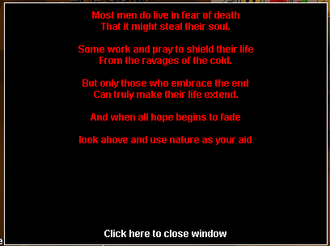 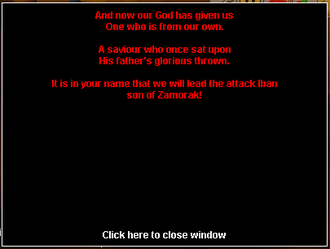 Near Tomb of Iban is a rock with the following text: 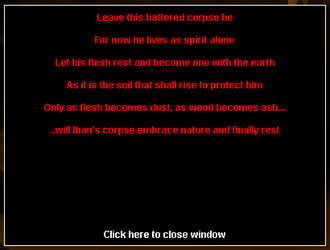 The following texts on platforms are also found in Old Journal:

Last parts of the chapter on Iban's conscience: