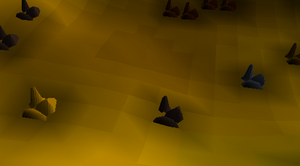 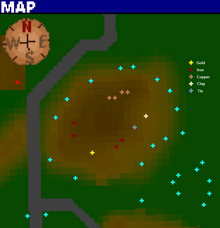 Players may find this to be a good place to mine at lower levels. The bank in Falador to the north east is the closest option for players keeping the ores and gems that they mine. There are no aggressive monsters here, although low levelled players should be aware of an aggressive level 13 highwayman who roams the road outside of Falador's east gate.

Some players choose to power mine here to maximise the mining experience they can gain per hour. This process includes dropping all of the ore mined rather than banking it. These ores can then be picked up and banked by other players, making it an attraction for lower levelled players or those who do not wish to train mining.