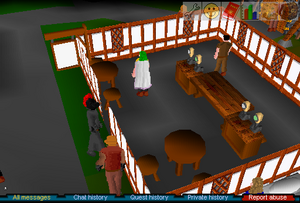 Lucien is a mysterious Mahjarrat involved in the Temple of Ikov quest. He wants the player to help him obtain the Staff of Armadyl for unknown reasons, and provides the Pendant of Lucien. Lucien can be found in the Flying Horse Inn in East Ardougne, and a monster version of him in the forest south-east of Edgeville and north-west of Varrock.

If the amulet is lost, another can be obtained by speaking to Lucien at the flying horse inn which is found in Ardougne, this can be done even after the quest is completed. 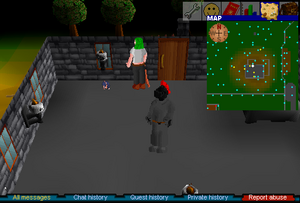 Lucien's location near Edgeville and Varrock