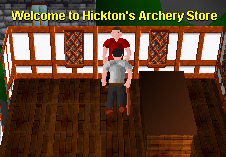 Hickton's Archery Store is a shop located in Catherby. It is owned by Hickton, who buys and sells ranged and fletching supplies.

The ground floor[UK]1st floor[US] is where the player will find Hickton. Above the door there is a shop sign hanging. In the middle of the building is a counter. A ladder in the north east corner leads up.

On the upper floor there is a portrait hanging on the eastern wall and an empty chest in the south west corner. In front of the chest there is a vial spawn. 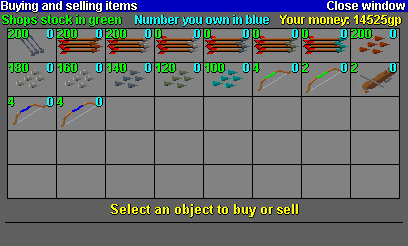