Where you looking for the Wiki HiScore page instead?

The HiScores is a website feature in which players are ranked by their experience in skills.

On 26 July 2002 the Hiscores got updated to show the top 100,000 players. Additionally players were able to search players on the Hiscores.

On 24 November 2001, the concept of Hiscore table was formed. It was updated daily with players' ranks overall, levels, experience, and change in rank. It recorded the top 2,000 players.

The initial concept in hiscores was to display (through Server status) the best player in a particular skill or profession (concept called early at the time). It showed the best players that were currently playing in the distinct servers. In order to have a better idea of overall player standings, every couple of weeks a toplist was mailed to players who opted to receive newsletters. 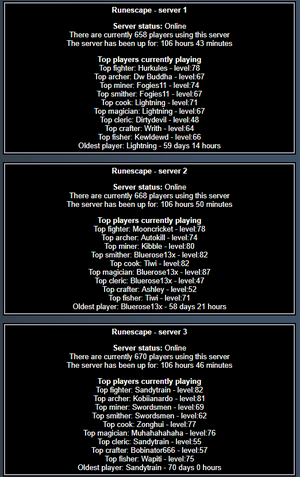