While you can pass the ball to your teammate the range at which you can do so is limited to 2 squares away. Though when he returns the ball to the player he will throw it to them at any distance.

Players need to pay particular attention when they are tackled as they can only receive the ball back from the Baller that took it from the player. As the Referee will not give the player another one, even if they hop worlds. With the exception being if the player dies.

When player attempts to attack:

When player attempts to pass the ball and does not have:

you need the ball first

When player is too far away from their teammate and they try to pass:

you can't make the pass from here 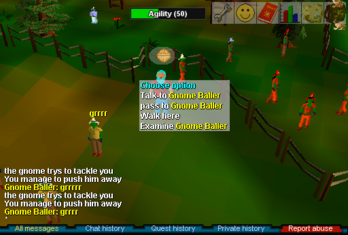 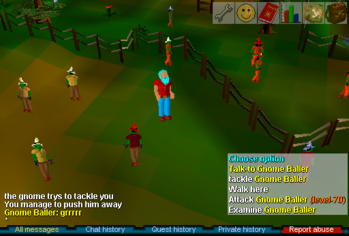