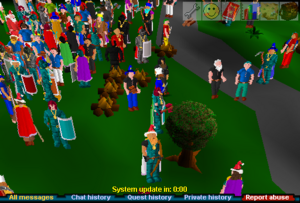 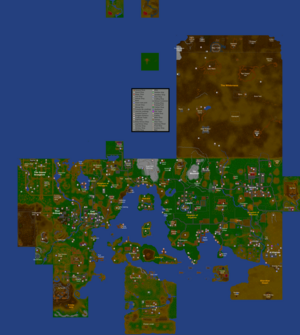 Gielinor is the fantasy world in which RuneScape Classic and its successors are set. Gielinor consists of a wide variety of terrains including forests, mountains, plains, and rivers. Gielinor is divided into three human kingdoms: Kandarin, Asgarnia, and Misthalin. However, a number of smaller regions such as Al Kharid and Karamja exist.

The history of Gielinor is often disputed due to varying accounts by the different races. Most humans believe that the gods Saradomin, Guthix and Zamorak created Gielinor and opened a portal allowing other races to inhabit the world.