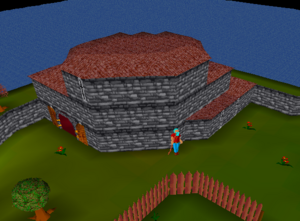 Fisher King's Castle is a castle in Fisher King Realm. It is first owned by Fisher king and during The Holy Grail quest King Percival starts to rule it.

After the Fisher king is replaced by his son Percival a doorway to enter the castle will appear.

The ground floor contains a fireplace, a few longtables, and maidens. The Fisher king will be there as well unless you have replaced him with King Percival.

Longtables and maidens a plenty 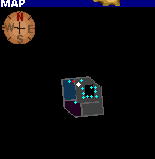 The first floor contains two bedrooms with a blue and purple floor. In the north most bedroom is a table with Magic whistle on it. 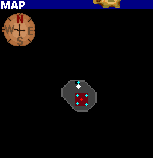