Dragons are a semi-intelligent race of quadrupedal reptiles. Although they have wings, they are rarely seen flying. Dragons tend to be very hostile such as the instance of the dragon Elvarg destroying the island of Crandor. It is unknown how long dragons live, but as evidence from accounts of the destruction of Crandor, they most likely live to at least several hundred years. One ability that is unique to dragons is breathing fire. These flames, known as Dragon fire, are devastating to anyone without an anti-dragon shield. 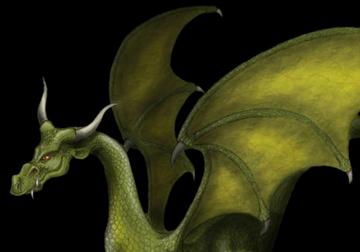 A dragon featured on an old wallpaper

Elvarg, the only green dragon in RuneScape Classic, is known for destroying the isle of Crandor. The King black dragon is an immensely powerful black dragon who dwells deep in the wilderness.