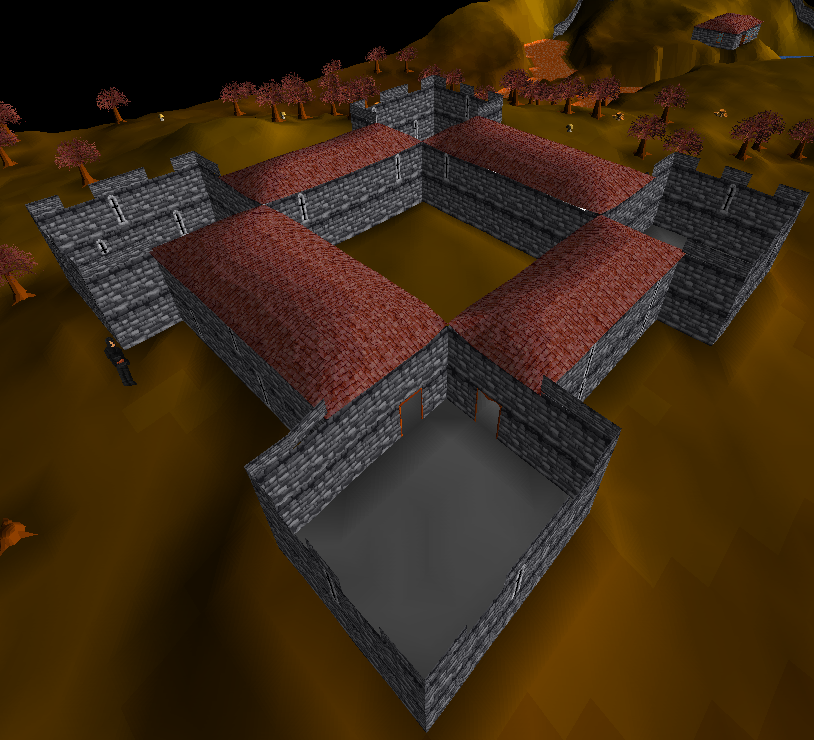 The Dark Warriors' Fortress is a castle in the level 12-14 Wilderness directly south of the Bandit Camp, or slightly north west of Edgeville.

The castle has been a popular though not ideal place for lower-leveled players to train combat skills on Dark Warriors, collecting the low level herbs and runes that they drop. The Dark Warriors Fortress is useful for low level players to train combat and gather the 7 types of Runes which spawn in the northern rooms. This may be dangerous due to the location in the Wilderness and possible encounters with player killers.

There are two beds in the central northern room which are convenient for players who wish to avoid bringing Sleeping Bags.

It should also be noted that this is the easiest place in the entire game that the player can obtain and bank the Black medium helmet and Black mace, other than trading with another player. Dark Warriors are the only monster to drop these items, and the only other location you can find them is within the Kharazi Jungle, during Legend's Quest, as a random encounter produced by smashing Strange barrels.