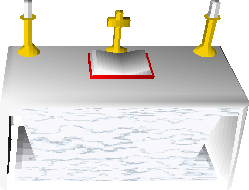 An Altar is an object that is used to restore the player's prayer points. Altars can be found in the many churches and temples throughout RuneScape Classic.

Altars completely restore the player's prayer points when accessed, with no cost to the player. There is one altar which gives a temporary bonus +2 prayer points whilst recharging on that altar, allowing for up to 101 prayer points. This special altar is located in the Prayer Guild and requires level 31 prayer to reach.

There are 3 visual representations of altars in RuneScape Classic, each with their respective god being the accompanying theme.

There are 13 Holy altars, 8 Chaos altars, and 1 Guthix altar in RuneScape Classic. 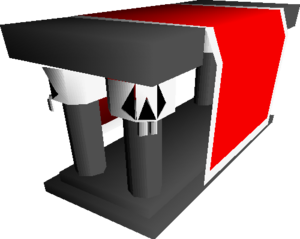 Chaos altars are designed with a skull at the top of each of their legs.
Retrieved from ‘https://classic.runescape.wiki/w/Altar?oldid=135636’
Categories:
Hidden category: